I started painting in oil at the age of just 7, followed by my mother who was also a painter.
I continued my career at the Liceo Artistico di Latina and, in 1998, I graduated in Scenography from the Academy of Fine Arts in Rome.
After the Academy I dedicated myself exclusively to painting and, to keep myself, I started making portraits on commission. However in parallel I was already pursuing a path aimed at finding a recognizable style.
My studies in scenography echo in my painting, mainly they are reflected in the choice of subjects painted, sometimes extrapolated from the world of entertainment, but also in the particular cuts given to my faces, very similar to the close-ups of the film shots, even when it is not of wellknown characters.
Often I choose and photograph by myself the models that appear in my paintings that have little or nothing to do with the glossy pages and the world of entertainment. The scenography also influenced the choice of the formats of my canvases that are almost always very large, my paintings appear as theatrical wings.
The female universe combined with the world of entertainment are at the center of my research.

The artist Cinzia Pellin was born on July 19th 1973 in Velletri, an ancient city of the Volsci located in the province of Rome. From an early age, she possesses an innate sense of proportion, devoting herself to drawing with the use of oil colours since the age of seven years.

After the High School of Art, she attended the Academy of Fine Arts in Rome graduating from the course of scenography with Professor Venditelli and obtaining the highest marks.

The call to painting was very strong in Cinzia Pellin who decided to devote herself with the maximum commitment leaving the scenography.

The latter, however, echoes in her Art, because her paintings tend to have the value of theatrical wings for both the size dimension and for the total visual impact.

The human face is the focus of Pellin’s artistic path that is vitalized in the feminine universe.

In the painter, the woman assumes traces of contemporaneity: small dowels and abundance of details, united in a skilful compositional strength, provide the eyes of the observer a strong woman, energetic but at the same time romantic. The femininity of today is painted in various ways of being. Uncommon faces, that from the glossy paper or photos of friends are internalized by Cinzia Pellin in a compositional unicum of effect. A face suddenly personifies in a diva. A star, on the contrary, is transformed into a woman who is no longer a VIP, within a subtle balance of play given by sudden changes of role.

The red colour, much loved by the artist, invades the entire support of the canvas or highlights details such as lips or nails. A  Pellin colour that explodes with intensity and energy, combining life, passion and blood in an enigmatic balance of life and death.

Cinzia’s pictorial evolution has passed through three important types of research over the years.

From the initial use of overlays and veils of grey tones has passed to shades of lyrical whites to highlight details of lips and nails. Feminine faces become less marked because they appear ethereal, the result of a mirage that remains impressed by the well defined and lively eyes. The latest research proposes echoes of the beloved drawing, inserting on the oil colour interventions of a fat pencil. A sort of new handwriting that appears in the hair or the details of the faces provides an alienating effect.

The painter Cinzia Pellin does not focus only on the femininity of women but makes us reflect on childhood, depicting children happy for the carefree age or sad for a condition for which they are not to blame.

Collaborations in Italy and abroad

The artist has worked exclusively for Vecchiato Art Galleries of Padua, which over the years has

been able to enhance and highlight her strong innate talents.

She currently collaborates with the company Caloni Trasporti s.r.l. of which she has become testimonial and with which she participated in the Bologna Motor Show in 2016.

Also in the same year, she was awarded the prize “Best Artist 2016” at the Cerere space in Rome.

The exhibitions abroad see her present in Holland at the Van Loon Galleries in Vught where she exhibited with a solo show in 2014, while today in England the artist is represented by Different Gallery and has exhibited with the master Berlingeri at the Moorehouse in London.

In Italy, in 2017 she exhibited her works at the Villa Reale in Monza with the Mostra Anthological “The Women Beauty”, an event Sponsored by Caloni Trasporti s.r.l. and in Collaboration with the Onlus Cancro Primo Aiuto.

In 2018 in Venice Lido, on the occasion of the Venice Film Festival, she held a Solo exhibition at the Manni Art Gallery entitled “Homage to Cinzia Pellin’s cinema” and in September 2020 in her last solo exhibition she presented an important project entitled “Le Tentazioni” at the Galata Museo del Mare in Genoa.

Cinzia Pellin is on the cover of the December/January 2017 issue and the May/June 2018 issue of Arte In World magazine.

Most representative video series in which some important passages of my artistic path are highlighted: interviews, anthological and museum exhibitions, collections of works.Watch the video gallery

Cinzia Pellin tells, first of all: and thanks to an ability to draw with a natural skill of the highest technical level, giving extraordinary plasticity to the image. 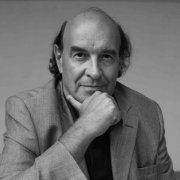 So whilst this painter seems to paint portraits, we must acknowledge just how much she is able to undress the soul.

Lorella Pagnucco SalveminiCo-editor of the magazine ‘Arte In’ 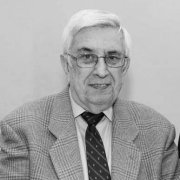 Cinzia Pellin weaves the threads of an iconic, mellow, mysterious and elusive female imagery with a plot of awareness and renewed self-awareness. 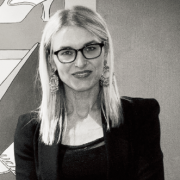 Francesca Barbi MarinettiArt critic and curator of exhibitions, owner of the D.d’ARTE association

So we are faced with real constellations of femininity, connected like galaxies, that create an infinite mosaic in which the man or woman looking at the work finds elements beyond everyday life. 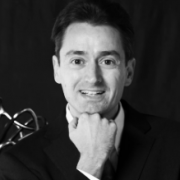 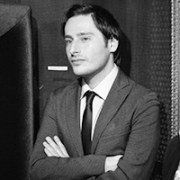